The O'Reilly Board of Directors

To direct O'Reilly Automotive, Inc. in achieving dominance in all of its market areas through conscientious adherence to the highest standard of business practices, with the focus of maximizing shareholder value.

Affiliated Director and Executive Chairman of the Board

Age: 60
Director since: 2017
Board committees: None.
Experience
Mr. Henslee has served as a member of the Board since November 2017 and Executive Vice Chairman of the Board since May 2018. Mr. Henslee served as Chief Executive Officer from February 2005 until May 2018. Mr. Henslee served O’Reilly as President from December 2012 to February 2017; Co-President from 1999 to 2012; Senior Vice President of Information Systems, Inventory Control, Customer Service, Computer Operations, Pricing and Loss Prevention from 1998 to 1999; Vice President of Store Operations from 1995 to 1998; and Director of Computer Operations and Loss Prevention from 1993 to 1995.
Qualifications and Skills
Mr. Henslee was elected as a Director because, among his other qualifications, he possesses over 35 years of experience in the automotive aftermarket industry and 36 years of experience and expertise in the Company’s operations, strategic planning and leadership development, as well as holds leadership positions on various automotive aftermarket organizations and associations.

Affiliated Director and Executive Vice Chairman of the Board

Age: 71
Director since: 1972
Board committees: None.
Experience
Mr. O’Reilly has served as Executive Chairman of the Board since February of 2005. Mr. O’Reilly served as Co-Chairman of the Board from August 1999 to February 2005; Chief Executive Officer from March 1993 to February 2005; President of the Company from March 1993 to August 1999; and Vice President of the Company from 1975 to March 1993.
Qualifications and Skills
Mr. O’Reilly was elected as a Director because, among his other qualifications, he possesses over 45 years of experience and expertise in the Company’s operations and strategic business development and has held leadership roles in numerous automotive aftermarket industry organizations and associations, as well as having served on several bank boards and charitable organization boards.

Affiliated Director and Vice Chairman of the Board

Age: 74
Director since: 1969
Board committees: None.
Experience
Mr. O’Reilly has served as Vice Chairman of the Board since February of 2005. Mr. O’Reilly served as Co-Chairman of the Board from August 1999 to February 2005; Chief Operating Officer from March 1993 to February 2003; President from March 1993 to August 1999; and Vice President from 1975 to March 1993. Mr. O’Reilly retired from active Company management in February of 2003. Mr. O’Reilly has served as Chairman and Director of Mercy Hospital Springfield since January 2000; Board Member of the Missouri Sports Hall of Fame since January 2003; and Trustee of the Lance Armstrong Endowment Board since December 2005.
Qualifications and Skills
Mr. O’Reilly was elected as a Director because, among his other qualifications, he possesses over 50 years of experience and expertise in the Company’s operations, in the automotive aftermarket industry and strategic business development.

Age: 75
Director since: 1997
Independent Lead Director since: 2018
Board committees: Audit Committee and Human Capital and Compensation Committee
Experience
Mr. Burchfield has served as a Director, Chairman of the Compensation Committee, and Member of the Audit, Executive and Nominating and Wealth Committees of Simmons First National Corporation since May 2015; Chairman of the Board and Director of Trust Company of the Ozarks from April 1998 until his retirement in October 2015; Senior Principal of SilverTree Companies, a real estate company, since January 2010. Mr. Burchfield’s career has spanned more than 40 years in the banking and financial services industry.
Qualifications and Skills
Mr. Burchfield was elected as a Director because, among his other qualifications, he possesses experience and expertise in the banking industry, strategic business development, executive compensation and leadership development.
Current Public Directorships
• Simmons First National Corporation (SFNC), since May 2015

Age: 66
Director since: 2010
Board committee: Audit Committee (Chair) and Corporate Governance/Nominating Committee
Experience
Mr. Hendrickson has served as a Director and Audit Committee Chairperson for Ollie’s Bargain Outlet Holdings, Inc. since 2015; Chief Administrative Officer, Chief Financial Officer and Treasurer for The Sports Authority, Inc., the parent of retailer “Sports Authority,” from 2003 until his retirement in February of 2014; Executive Vice President and Chief Financial Officer, and Treasurer of Gart Sports Company, from 1998 until its merger with Sports Authority in 2003; and Vice President of Finance, Senior Vice President, and Executive Vice President and Chief Financial Officer of Sportmart, Inc., from 1993 to 1997. Mr. Hendrickson is a Certified Public Accountant and has over 32 years of retail business experience.
Qualifications and Skills
Mr. Hendrickson was elected as a Director because, among his other qualifications, he possesses experience and expertise in the retail industry and the areas of risk assessment, accounting and finance, including experience as a chief financial officer.
Current Public Directorships
• Ollie’s Bargain Outlet Holdings, Inc. (OLLI), since 2015

Age: 40
Director since: 2017
Board committee: Audit Committee and Corporate Governance/Nominating Committee (Chair)
Experience
Ms. Perlman has served as Senior Vice President, Treasurer, Business Development and Investor Relations of PVH Corp. (“PVH”) since 2011, where she oversees the management of accounts receivable, treasury and capital markets, corporate communications, investor relations and crisis communications. Ms. Perlman is also responsible for business development at PVH, where she assists in corporate strategy, acquisitions and strategic projects. Prior to joining PVH, Ms. Perlman served as Director of Retail Investment Banking at Barclays Capital. Prior to her role at Barclays Capital, Ms. Perlman held positions with Lehman Brothers and Credit Suisse First Boston.
Qualifications and Skills
Ms. Perlman was elected as a director because, among her other qualifications, she possesses over 15 years of experience and expertise in the global retail industry and the areas of finance, investment banking, business development, acquisitions, risk management, corporate and employer branding and investor communications.

Age: 65
Director since: 2020
Board committee: Audit Committee and Corporate Governance/Nominating Committee
Experience
Ms. Sastre served as President and Chief Operating Officer of Signature Flight Support Corporation (“Signature”), the world’s largest network of fixed-based operations and support services for business, government and private aviation, from 2013 until her retirement in 2018. Ms. Sastre joined Signature in 2010 as its Chief Operating Officer. Prior to joining Signature, Ms. Sastre was President and Chief Executive Officer of Take Stock in Children, Inc. from 2009 to 2010, a senior executive with Royal Caribbean Cruises LTD from 2000 to 2008, where she held the positions of Vice President, International, Asia, Latin America & Caribbean and Vice President of Hotel Operations, and, prior to 2000, she held numerous domestic and international executive and leadership positions with United Airlines, Inc., Continental Airlines, Inc. and Eastern Airlines, Inc. Ms. Sastre currently serves on several private and non-profit boards, including Guidewell Mutual Holding Corporation since 2016, where she serves as Chair of the Talent & Compensation Committee, and Miramar Services Corporation since 2019. Ms. Sastre also previously served as Chair of the Finance Committee of Darden Restaurants, Inc.
Qualifications and Skills
Ms. Sastre was elected as a director because, among her other qualifications, she possesses experience in global operations, marketing, mergers and acquisitions and e-commerce and over 20 years of public company board experience, including audit, finance, corporate governance and compensation committees.
Current Public Directorships
• General Mills, Inc. (GIS), since 2018
Prior Public Board Service
• Darden Restaurants, Inc. (DRI), 1998 – 2014
• Laidlaw International, Inc. (LI), 2003 – 2007

Age: 66
Director since: 2019
Board committee: Audit Committee and Human Capital and Compensation Committee
Experience
Ms. Weiss is the founder of and serves as President and Chief Executive Officer of Retail Consulting, Inc. since 2002. Ms. Weiss is also the founder of The O Alliance, LLC, a global consulting practice focused on retail, e-commerce and consumer companies. Prior to founding Retail Consulting, Inc., Ms. Weiss was President of dELiA*s, Inc., President of Guess?, Inc., Executive Vice President, Chief Stores Officer of L Brands, Inc., Senior Vice President of Ann Inc., and Director of Merchandising of The Walt Disney Company. Ms. Weiss is also a board member for Cracker Barrel Old Country Store, Inc. since 2003, RPT Realty since 2018 and Bed Bath & Beyond Inc. since 2019. Ms. Weiss currently serves on several private advisory boards. Ms. Weiss served on the board of directors of GSI Commerce from 2006 to 2011, Chico’s FAS, Inc. from 2009 to 2018, The Pepboys - Manny, Moe & Jack from 2013 to 2016 and Nutrisystem, Inc. from 2013 to 2019. Ms. Weiss holds a Masters of Administrative Science from The Johns Hopkins University and a Bachelor of Fine Arts from Virginia Commonwealth University. Ms. Weiss also completed post-graduate studies at Harvard Business School and The Kellogg School at Northwestern University.
Qualifications and Skills
Ms. Weiss was elected as a director because, among her other qualifications, she possesses over 30 years of experience in the retail industry and the areas of marketing, consumer branding, proprietary brand development, consumer behavior, global retail and e-commerce operations and board governance.
Current Public Directorships
• Cracker Barrel Old Country Store, Inc. (CBRL), since 2003
• RPT Realty (RPT), since 2018
• Bed Bath & Beyond Inc. (BBBY), since 2019
Prior Public Board Service
• GSI Commerce (GSIT), 2006 – 2011
• Chico’s FAS, Inc. (CHS), 2009 – 2018
• The Pep Boys - Manny, Moe & Jack (PBY), 2013 – 2016
• Nutrisystem, Inc. (NTRI), 2013 – 2019 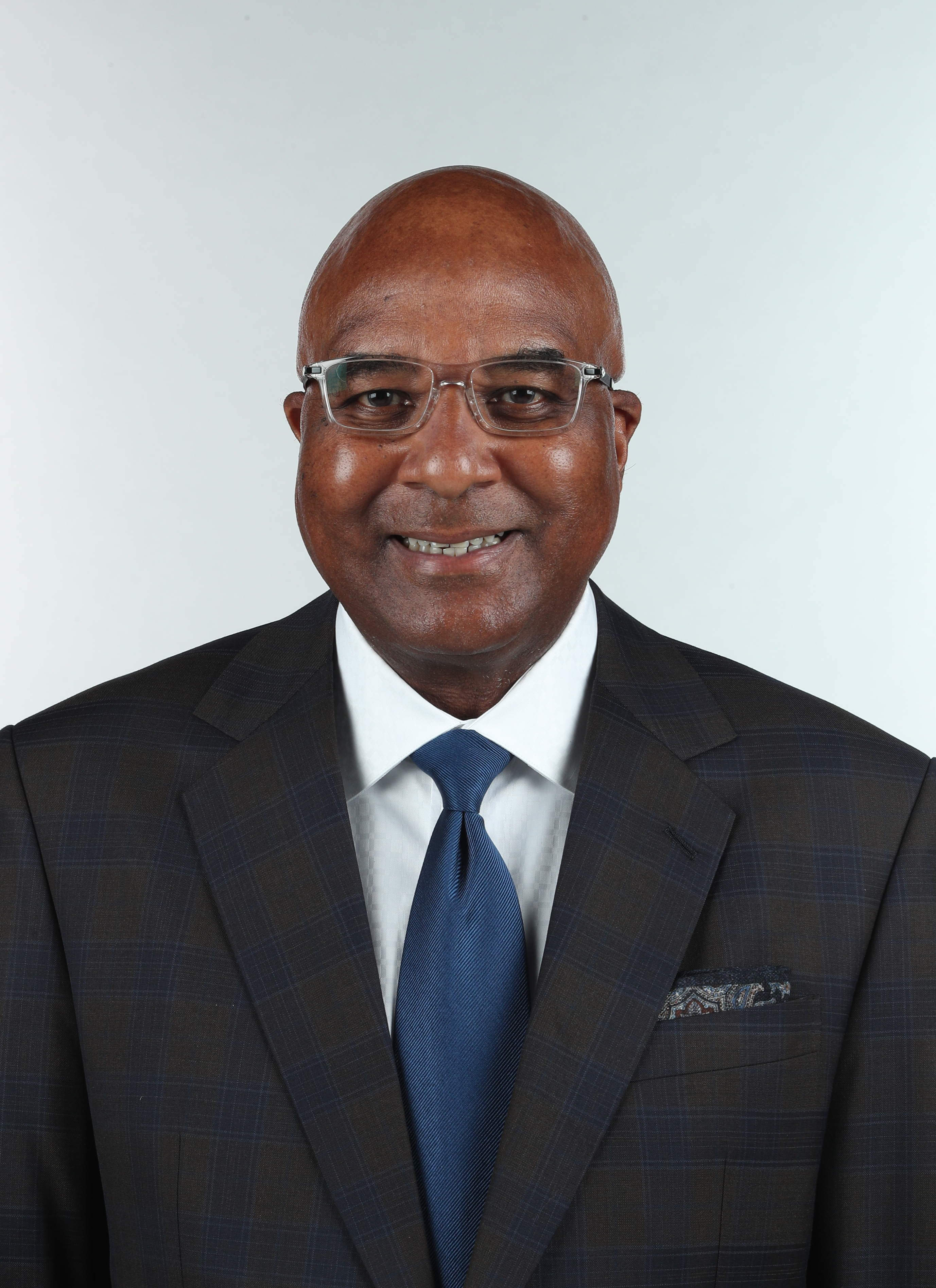 Mr. Whitfield has served as President, Vice Chairman, Alternate Governor and Minority Owner of Hornets Sports & Entertainment (“HSE”) since 2018.Mr. Whitfield joined HSE in 2006 as its President, Chief Operating Officer and Alternate Governor, and during his tenure with HSE, he has overseen all areas of business operations and strategy for the Charlotte Hornets and Spectrum Center, including sales, marketing, public relations, legal, finance and human resources. Along with serving as an Alternate Governor on the National Basketball Association Board of Governors, Mr. Whitfield also currently serves as a member of the National Basketball Association Global Diversity and Inclusion Council. Prior to joining HSE, Mr. Whitfield was Director of Business/Legal Affairs of Jordan Brand (a division of NIKE, Inc.); Director of Player Personnel and Assistant Legal Counsel of the Washington Wizards; numerous positions with NIKE, Inc., the last being Director of Player Development, Basketball Sports Marketing; and Senior Partner of Whitfield & Blackmon, Attorneys at Law, LLP. Additionally, Mr. Whitfield is the founder of HoopTee Charities, Inc., which supports a number of non-profit organizations and initiatives. Mr. Whitfield holds a Juris Doctorate from North Carolina Central University, as well as a Bachelor of Business Administration in economics and a Masters of Business Administration in marketing, both from Campbell University.

Mr. Whitfield was appointed as a Director in November 2021 because, among his other qualifications, he possesses experience and expertise in areas of the law and legal compliance, brand management and strategies, business development, and diversity and inclusion.